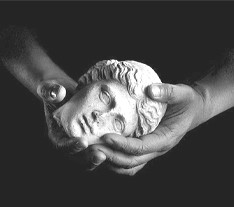 Toronto, 25 Jan. 2006 – In a decision released on January 18th, 2006, the Human Rights Tribunal of Ontario has ruled that the Ottawa Chinese Senior Association discriminated when it terminated the membership of one of its members because she practises Falun Gong.

The Complainant, Daiming Huang, a seventy three year old Canadian citizen who emigrated from China later in her life, filed her complaint with the Ontario Human Rights Commission in August 2004. Following its investigation, in December 2004 the Commission decided there was sufficient evidence to warrant referral of the case to the Human Rights Tribunal of Ontario for a hearing.

The Tribunal found that the Association had repeatedly confronted the Complainant about her beliefs in Falun Gong, publicly revoked her membership (a decision subsequently reconfirmed by the Association’s new Council), participated in organizing petitions against her practices during Association events, and subjected her to demeaning comments about her beliefs. The Tribunal also determined that these discriminatory acts exposed the Complainant to contempt and a loss of standing and isolation within her own cultural community, and were an affront to her dignity.

Following a review of all the evidence, including expert evidence on the history of popular religions in China, the Tribunal found that the practice of Falun Gong constitutes a form of creed, a protected ground within the meaning of Ontario’s Human Rights Code. Furthermore, in this case, it forms the deeply and sincerely held personal beliefs of the Complainant about her own spirituality.

The Tribunal has ordered the Association pay to the Complainant $10,000 for loss of dignity and $8,000 for mental anguish caused by the infringement of her rights. The Association was also ordered to take a number of measures to achieve compliance with the Code including: immediately allow the Complainant and any otherwise eligible Falun Gong practitioners to become members of the Association; amend the Association’s Constitution to incorporate anti-discrimination provisions; and, implement an anti-discrimination policy that specifically addresses the issue of creed.

Commenting on the case, Chief Commissioner Barbara Hall stated, "This decision confirms that the ground of creed encompasses more than just institutionalized faiths or traditional religions. Individuals have the right to their sincerely held beliefs and should be treated with dignity and respect and not be confronted with discrimination because of their particular faith or practices."