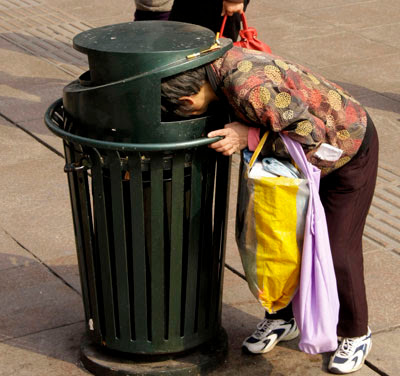 She says China’s latest money supply and industrial production data have confirmed the message from Monday’s trade numbers: the sharp slowdown has already started, with domestic demand taking the brunt of the adjustment.

“China is at the worst point of the cycle at present,” Ms Choyleva says. “Output growth is likely to be significantly below trend this quarter, but the economy is still operating above its potential and inflation is accelerating.”

And she says that with the global economy set for a growth relapse by the end of this year, rapidly waning export growth will reinforce slumping domestic demand, resulting in a sharp cyclical downturn. “This is unlikely to be the hoped-for soft landing.”

“But the intensity of the necessary correction is going to be a tough test for the authorities. It may well be that this time around the authorities find it harder to engineer yet another state-sector driven boom.”