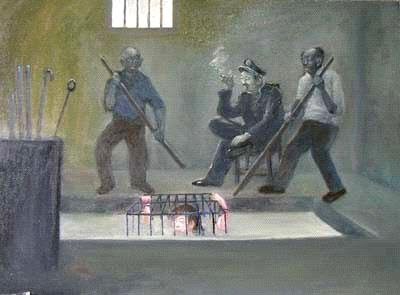 'We ask prosecutors to investigate the case and arrest Huang while he is in Taiwan for the crimes he endorsed against Falun Gong members in China,' spokesman Chang Ching-hsi said.