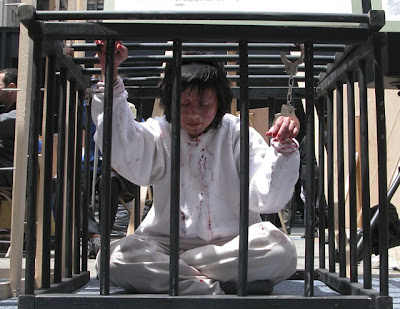 FDIC: Ms. Yan Pingjun, a seamstress in her forties, died around August 10, 2010. She had been abducted from her home on August 2 for practising Falun Gong. Yan is one of many recent cases emerging from China of Falun Gong practitioners dying in custody within hours or days of being detained. Fifteen percent of the documented cases of Falun Gong deaths in 2009 involved practitioners who had died within two months of their latest detention.

"The death of Pingjun Yan in custody is a clear reminder that the life of each and every Falun Gong practitioner, who number in the tens of millions in China, remains at risk under the communist regime's campaign against us," says Falun Dafa Information Center spokesperson Gail Rachlin.