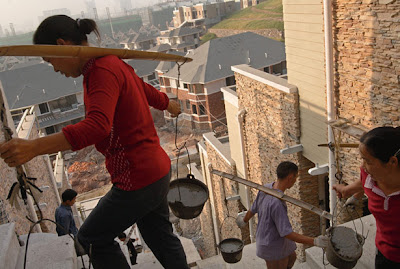 Russell Leigh Moses WSJ: For those genuinely interested in change from below in China, these past few months have been a disappointment.

Faced with challenges from civil society, the hardline response by the Communist Party has been to shut-out, shut-down and shut-up.

AIDS activist Wan Yanhai left China as his organization came under increasing pressure to explain itself and its finances. Wan’s courage in taking on the sensitive issue of the rights of Hepatitis B sufferers had irked policymakers who didn’t care to be assailed from the sidelines as they tackled difficult health care reforms.

Gao Zhisheng, a human rights lawyer known for taking on the toughest cases and whose work with religious activists resulted in a charge of subversion, disappeared again, apparently taken into custody after he insisted that he was still committed to his work. Gao said that his previous statements to reporters that he was through with activist work for the sake of his family were coerced by officials.

For all the talk about expanding the role of law in China, Party hardliners are intolerant of certain voices. Read more