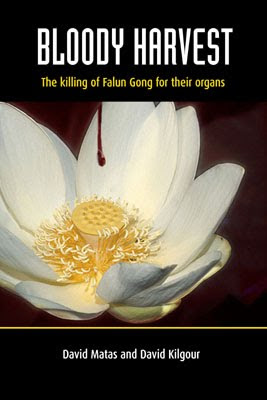 Canada Free Press: Nobel Nominee David Matas will be part of a long list of presenters who will speak at the XXIII International Congress of the Transplantation Society (TTS) to be held at the Vancouver Convention Centre from 15-19 August. This congress will be one of the largest international gatherings of clinicians and scientists in the transplantation field and it is estimated that 5000 delegates will attend.

Mr. Matas is scheduled to speak at this Conference on Tuesday August 17 from 3.30 to 5 p.m. as part of a panel on Ethics, Public Policy and Economics. His topic will be "Ending abuse of organ transplantation in China"; session is numbered 036. The link to the full program is here.

Canada's medical profession is the first in the world to develop an official policy statement on organ trafficking which will be discussed at the Congress. Buying and selling livers, hearts, kidneys and other body parts is illegal in Canada and most countries, but the enterprise continues in many developing countries. From 2000 to 2008 in B.C. alone, 93 Canadians, 90 per cent of them ethnic minorities from countries such as China, India and Pakistan, bought kidneys overseas.

Amnesty International is taking the opportunity of this Congress to call on pharmaceutical companies to exercise due diligence to ensure that they are not directly or indirectly implicated in the taking or use of organs from executed prisoners. Amnesty International believes that the practice of taking organs from executed prisoners in China must be stopped and, in establishing alternatives, much more must be done to develop and implement effective regulatory mechanisms.

As well Doctors against forced organ harvesting (DAFOH) adds in its appeal to research and pharmaceutical companies to refrain from performing clinical trials in transplant medicine in the People’s Republic of China.

David Matas is a senior legal counsel for B’nai Brith Canada and a member of the Order of Canada. Mr. Matas was nominated for the 2010 Nobel Peace Prize for his intensive investigation over a four-year period into the organ harvesting of Falun Gong practitioners in China. His work had culminated into a book called “Bloody Harvest: The killing of Falun Gong for their organs”, which was published in late 2009. Matas had won the prestigious 2009 Human Rights Award from the International Society for Human Rights for this work.