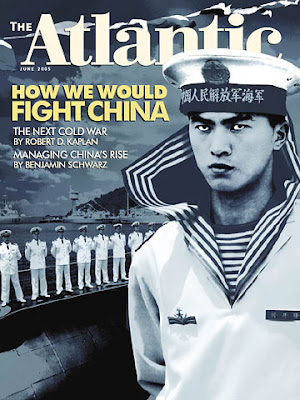 Taipei Times Editorial: The Chinese Communist Party is extremely tricky. After the Cultural Revolution ended, it pretended to be an ally of the West.

In the 21st century, especially after financial crisis struck in 2008, the true face of the “Chinese empire,” described by China expert John Tkacik, then started to gradually show.

For example, Chinese Premier Wen Jiabao was overbearing and arrogant toward US President Barack Obama at an international conference, saying that the Chinese army would lay down the rules for the US. Eventually, the US Department of State and the Pentagon gradually synchronized their views on the issue. Read more...
Posted by MaKina at 9:59 AM