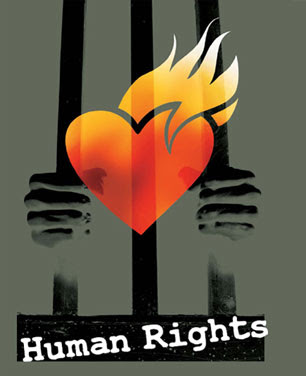 Daily Caller: In November, Human Rights Council members from nice places like Cuba, Saudi Arabia, and Mexico will consider the White House confession of American cruelty and then draw up a remedial plan for Washington to carry out under UN supervision. In a stroke, President Obama will have ceded even more American sovereignty to international organizations. On the other hand, do you know what the Peoples Republic of China does about human rights? You should.

Every time the UN or NGOs like Amnesty International confront China with proven reports about its systematic persecution of Muslim Uyghurs, Christians, Tibetans, the Falun Gong religious sect and other minority groups, Beijing does exactly the same thing the Soviets did: deny everything. President Obama is not China’s role model. China does not write self-indicting reports and certainly does not permit the UN or any other international body to oversee Chinese government actions and internal affairs. Laudable as that attitude may seem to us as we suffer the kakistocracy now running amok in Washington, we best remember that displays of Chinese pride stem from the fact that China is a communist authoritarian state.

With over a billion Chinese citizens available to them, life is cheap for China’s commissars. It is so cheap that in 2007 they executed the head of their equivalent of the Food and Drug Administration for taking a few bribes. Then they shot Wang Zhendong for swindling some folks out of a mere $385 million by selling them boxes of ants. If Worldcom CEO Bernie Ebbers had been a Chinese citizen when he made $11 billion disappear, Beijing would have drawn and quartered him instead of sentencing him to 25 years in a comfortable jail.

Amnesty International reckons that China accounts for 80% of all executions reported in the world. That is probably a low figure since a member of the Chinese legislature has bragged that his government executes 10,000 people every year. Nevertheless, because China finances our huge debt, talks like a free-market nation, and sports a kind of stock exchange, we want to think they are like us. We seem to overlook their demands that we get out of the Pacific and leave them in charge.
Read more
Posted by MaKina at 4:21 PM