Hopeful Dissidents Petition for an End to Forced Labor 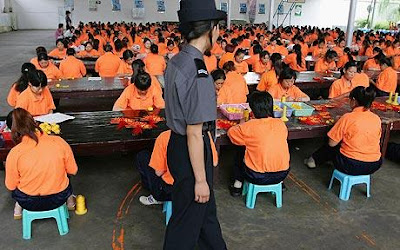 Epoch Times: According to Xiao, the system is a stumbling block for China's progress on the path to the rule of law. “If China were a society ruled by law, why would people let something unconstitutional exist?”

Over the last decade use of the forced labor system has in large part been devoted to detaining and persecuting practitioners of Falun Gong, a traditional Chinese spiritual discipline. Hundreds of thousands of Falun Gong practitioners were put into forced labor camps without the benefit of trial. Once in custody, they are often tortured, a fact that has led to the confirmed deaths of over 3,000 individuals and the mental or physical incapacitation of numerous others, according to Falun Gong websites and third parties. The state’s campaign against them continues. Read more...
Posted by MaKina at 11:05 PM