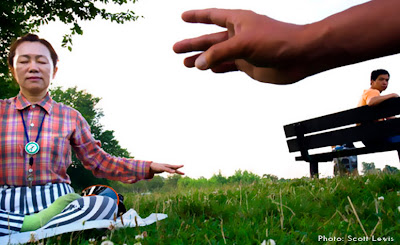 FDIC: Zhu, a former employee of Tianjin’s International Heat and Ventilation Equipment Company, was abducted by police in 2003. In March 2004, Zhu was “sentenced” to eight years in a prison camp following a sham trial at Nankai District Court.

Zhu was taken to Tianjin Municipal Prison, where he has been held since and tortured. His family was notified that on July 19, 2010 Zhu died in custody.

"Zhu's tragic death is another reminder that behind the facade of progress and modernity, a China run by the Communist Party remains a barbaric and lawless place for Falun Gong practitioners," says Falun Dafa Information Center spokesperson Erping Zhang.

According to sources inside China, while in custody at the camp, Zhu was severely tortured because he refused to renounce his faith in Falun Gong. During one torture session, guards beat him so badly that one of his legs was broken, leaving him disabled.

Throughout Zhu’s time at the camp, his family was denied the opportunity to visit him. On one occasion, his nearly 90-year-old mother appeared at the camp in person requesting to see her son, but prison personnel refused to allow her access to him. Read more