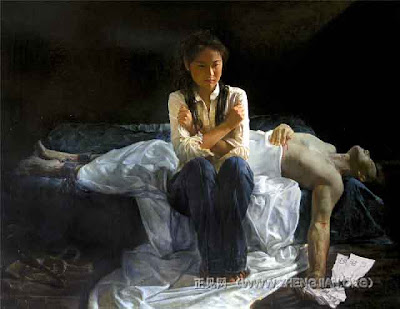 Epoch Times: Chinese student Xu Jingjing, 25, fled to the United States due to the communist regime’s persecution of her mother who practices Falun Gong.

She appears to be an average overseas student. However, what brought her to America is a long, heartbreaking story. Her mother, back in China, still remains in prison.

Xu's father is a merchant. Her mother used to work in a branch office of the Industrial and Commercial Bank of China Ltd. Life was quiet and normal. What events that took place and eventually led her to the United States? The following is Xu’s account of the plight of her family in China...

“Things changed when the Chinese Communist Party started to suppress Falun Gong in 1999. Since then, the police frequented my home, with no reason, and following no legal procedure. They arbitrarily ransacked the place, knocking down furniture, leaving cabinet doors open, and files and clothes all over the place. The officers took any valuables they could find. Father could do nothing but to gather what was left, shedding tears in silence. I learned from older people that this was like the Cultural Revolution years between the late 1960s and early 1970s. Read more...
Posted by MaKina at 8:54 AM