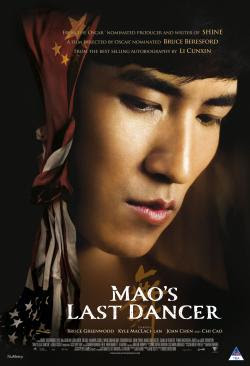 L.A. Times: Li Cunxin is one of the most talented ballet stars ever to emerge from China, but his biggest claim to fame happened far away from the stage.

In 1981 while a resident at the Houston Ballet, Li defected to the United States in an incident that involved a 21-hour standoff at the Chinese consulate and negotiations that ultimately led to the dancer's safe release.

This week, a movie based on Li's life opens in Los Angeles and other select cities. In a parallel to its protagonist's travails, the production experienced its own friction with the Chinese government that forced the filmmakers to shoot significant parts of the movie in secret. Read more
Posted by MaKina at 8:31 AM