Qantas 'demoted me for being Falun Gong' 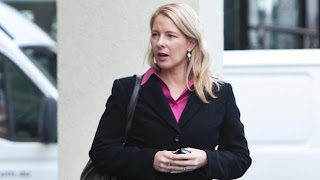 A QANTAS employee says she lost her job as an international flight attendant after being deported from China for practising Falun Gong.

CourierMail: Counsel for Sheridan Genrich, of Lane Cove, told a workplace relations tribunal that Qantas demoted her after she was threatened by Chinese authorities during a stopover in Beijing.

She said that authorities singled her out from the crew, interrogated her over her beliefs and told her never to come back or there would be "serious consequences".

The moment when the Chinese guards took her away in November 2008 was possibly the most frightening of her life, the Fair Work Australia tribunal heard last week.

"It's not a very friendly port and I didn't know why I was being taken away and I was on my own...I knew I practised Falun Gong (and) this had never happened before," she told the tribunal.

Her legal counsel, Shane Prince, said Qantas had failed to "stand up for its employee" who had been with the airline since 2001with an "excellent working record".